Thirteen-year-old Maggie, a dreamer who lived in a world of novels and poetry, fell in love.  Years later, Margaret, now an adult, reminisces about those memorable August days, and feels a deep wish that things had been different. She is plagued by thoughts of “if only…”

“That Summer,” by Canadian playwright David French, takes place in 1990 with flashbacks to 1958. At the very beginning Willow Beach is mentioned, and it is probable that the author visited the shores of Lake Simcoe; the idea of his play was probably born here! For director, Harry Lavigne, the location was not what made him decide to stage the play. He says he is fascinated by how “in our minds we have memories, and we shape those memories in ways that may not be completely true to what really happened.”

The cast is small, only seven actors, but emotions run high as every character is full of contrasts and passions. They are played with commitment and dedication by a talented and mostly amateur cast. Shaun Benjamin from Keswick, who plays Maggie’s father, caught the theater bug some ten years ago when his daughter joined a community theatre. He loves it because it’s completely different from his everyday life. The same is true for Karin Kuch-Simpson, whose daily work is teaching. The only professional is Ann Smith, who plays an eccentric, bourbon-drinking, cigar-smoking Mrs. Crump. These three are joined by four teenage actors who love the stage and see their future in the world of theatre.

THAT SUMMER by David French, presented by the talented actors of the Queensville Players, opens at the Stephen Leacock Theatre on Friday February 7, and runs until Sunday February 16. To purchase tickets, visit tixhub website 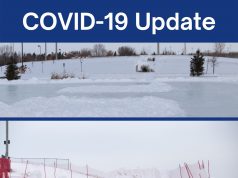